The First War of Independence; Was it during Mughal Era or British Raj?

The First War of Independence; Was it during Mughal Era or British Raj? 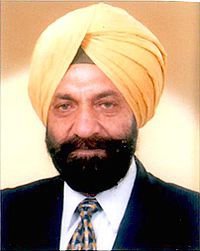 In 2007 a joint session of the both Houses of Parliament was held in the Central Hall to celebrate 150 years of what is referred to as the 'first' War of Independence in 1857. Rashtrapati Abdul Kalam Azad, Prime Minister Dr. Manmohan Singh, and Speaker, Somnath Chatterjee, were on the dias. Soon after the National Anthem, I as a Member of Parliament, stood up and loudly requested that history should not be distorted by proclaiming 1857 as the first war of Independence as there were earlier instances of fighting against invaders. This was an unprecedented intervention in Parliament records but I succeeded in raising the important issue and a debate was initiated in the media.

The Government of India has decided to celebrate the anniversary of 1857 as the First War of Independence. One eminent group would like to remember it as a momentous event, almost unprecedented in its sweep, which gave great fillip to our fight against the British. For another equally eminent group it was merely The Sepoy mutiny, involving rebellious kings and rajas, and not necessarily a progressive event.

The debate is not over yet, I therefore want to caution the Govt. against reinventing history in a partisan way.  To me, the entire renewed effort to call the cataclysmic events of 1857 The First War of India’s Independence is to trivialize the importance of history. And as a mature nation-a nation with a mind-we should desist from doing so. India was under invader’s rule since the 11th century. People remember the atrocities of Mughal rule specially Aurangzeb  who imposed Jazia on Hindus.

After all, what do we mean by the term ‘First War’ of Independence? If we think that this battle against the British should be called the War of Independence, then what should we call the wars of Mysore that Tipu fought? Or, what were the wars that the Marathas fought with the Mughals? We have been fighting against all foreign invaders, so where should we place the heroics of Maharana Pratap or Chhatrapati Shivaji?

Should we not remember the first Anglo-Sikh War in 1846, when the British Governor-General himself was in danger of being captured by the Sikhs? If the Sikhs had then been able to march to Delhi, who knows, the British might have had to leave India altogether.

We should be very clear about the enemy against whom the war is being waged. For example, the Sikh Misls in 1760 A.D.  specialized in wagging guerrilla warfare fought against scourges from the North West like Nadir Shah or Abdali, who would invade India and take away Takhat-a-Taous, all the Jewellery and  Indian women in the thousands, to be sold in the streets of Basra. And Sikh guerrillas would fight with them right up to the Attock (Indus) to recover as many Indian women as they could and then restored those unfortunate women to their families. Now, what war were they waging? Evidently, a war of independence! For, it was the Sikhs under Hari Singh Nalwa who re-established the traditional border of India across river Indus and blocked the Khyber Pass, direct route of invaders to India.

And what about the time when Zaman Shah invaded India to re-establish the Afghan empire here? Maharaja Ranjit Singh, or more correctly the Sikhs again, met him in open battle, destroying the pride of Central Asia. Twenty thousand Afghan soldiers lay dead  and Zaman Shah had to retire from the battle field.

Even so, it is a common human weakness to create benchmarks of man’s achievements, by saying this or that happened for the first time like the so called first War of Independence in 1857. People should know that in 1709 Banda Singh Bahadur, the first Jathedar of the Khalsa Panth, nominated by Guru Gobind Singh himself destroyed all the vestiges of Mughal tyranny in Punjab as hurricane removes all the dead leaves from a tree. He became the first ruler of Punjab and issued coins in the name of Guru Nanak and Guru Gobind Singh, as a symbol of Sikh sovereignty. It was perhaps for the first time that such a thing had happened in India, after the fall of Anangpal, at the beginning of second Millennium.  Now, can we not call his achievement the first battle of independence won? No. It is the march of evolutionary history that counts its benchmarks in first and seconds. And that happens in the West. But our time is cyclical, because the Indian cosmic order was evolved as Time itself took birth. It has no beginning and no end.

I take great pride in what happened in 1857. And I salute its heroes and martyrs. This was certainly an event that shook the British to their very foundations. Still, I shudder to call it the first battle of our Independence. To me, it appears that by doing so we are trivialsing history and compromising its sacredness for very small ends. Let me, therefore, hope and pray that my voice is listened to. Do not forget that India remained under invaders rule since 11th century. Can we forget the tyranny of Mughal rule and specially of Aurangzeb who used brutal force to convert people?  Guru Nanak condemned Babar’s invasion and was sent to jail in 1527.   Remember martyrdom of Guru Tegh Bahadur in 1675 when he waged war against forcible conversions.