The Hijackers of Sikhi

The Hijackers of Sikhi 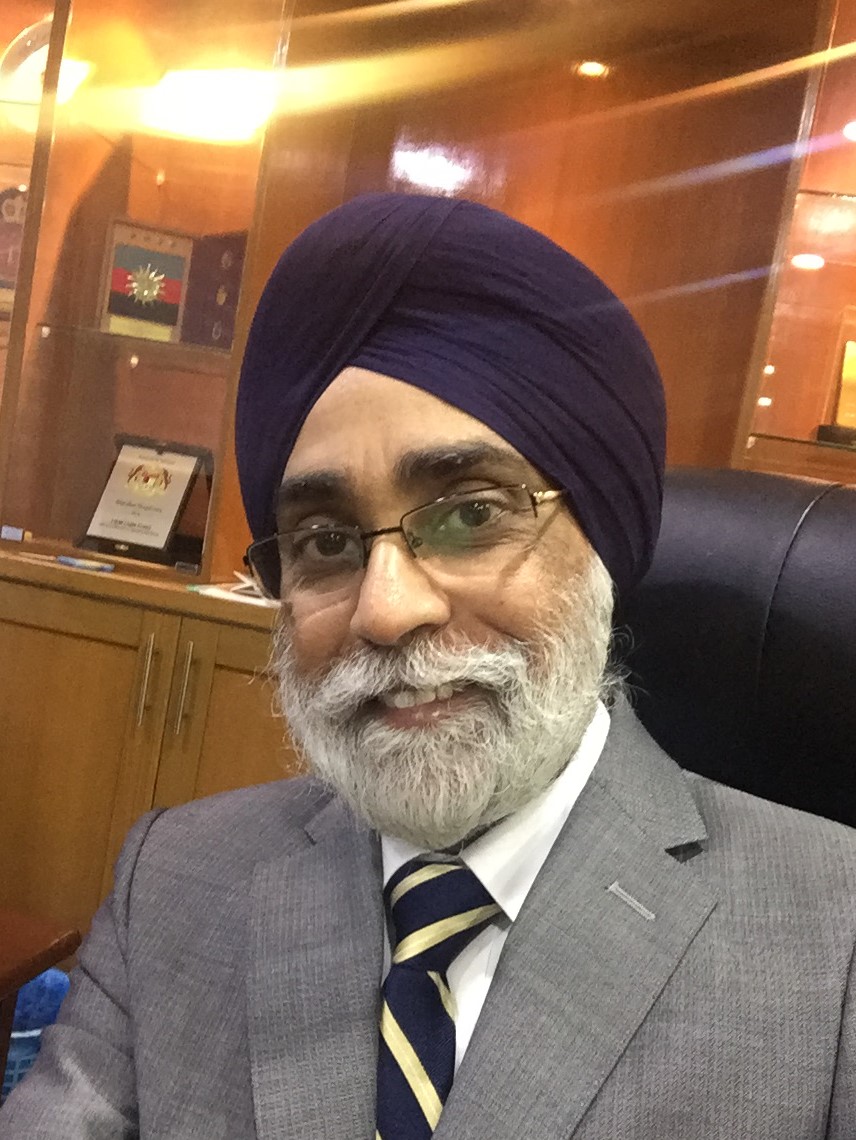 Part I: The hijacking of Sikhi explained

(see footnote for links to other parts)

Sikhi as it is practiced today, is no longer the Sikhi that was taught to us by our Gurus. It is a spirituality that stands distorted, corrupted and tainted. Its scripture – Gurbani – has been distorted through vedic and puranic slants in interpretations and translations; its history muddled in unbelievable tales of miracles called Sakhis, and its religious practices consist of those smuggled in from rejected and discarded rituals of pre-1469 faiths. It’s a faith that has been hijacked from its unique path and equally distinct goals. How, when and why did this happen?

Meaning: In the world of spirituality, the way of Guru Nanak has its trademark in its uniqueness. (Nirmal means UNIQUE, ONE OF ITS KIND, FREE FROM DISTORTIONS).

The uniqueness of Sikhi was total and complete. Every aspect of Sikh Spirituality was uniquely different from the then existing ones.

The concept of a One Realizable God; the Shabd as Guru; the spirituality’s focus on the HERE and NOW; a philosophy that rejected ritual and advocated obtaining salvation while still alive; a Scripture that gave space to adherents of different faiths; and Gurbani’s emphasis on humanity, equality and the need to elevate one’s mind to Godly levels are but just some of the defining features of Sikhi in its original and authentic sense.

But to the greatest detriment of Sikh’s uniqueness, history would have it that THREE powerful groups – all of which were fake, deviant and / or anti Sikhi – would control our literature, historical narratives, and institutions, including gurdwaras (and by extension the fate of Sikhi) for a long period of 207 years (1718 till 1925).

I call this unfortunate quest the HIJACKING OF SIKHI. It was a forced attempt to take Sikhi away from its intended uniqueness and destination. It was an endeavor to remove Guru Nanak from His own spiritual way. It was a deliberate effort to take Sikhi back to the same crossroads at which Guru Nanak stood in 1469 – but steer it in the direction that Guru Nanak chose to AVOID.

In the 207 years of the hijacking, virtually everything about the uniqueness of Sikhi that was constructed by our Gurus in 239 years would be turned on its head. And everything that was rejected would be systematically brought back as accepted religious practices.

The combined effect of the prolonged efforts of the three deviant groups would be that Sikhi would take on a severely ritualistic mode, its spirituality would focus on the Brahmin concocted lie of life after death; the spiritually enlightening Shabd would be relegated to merely songs fit for chanting; non-Gurbani poems with anti-Sikhi messages would be smuggled into Sikhi as Kirtan; the SGGS would be relegated to meaningless nonstop reading by hired hands; worthless physical worship would be promoted; a Sikh clergy that adopted the ways of the Brahmin would establish itself with deep roots; Gurbani-rejected practices would become standard fare and the elevation of the mind would be corrupted by mythology and eventually replaced by the importance of just outwardly appearance.

In short, the uniqueness of Sikhi would be severely eroded.

Sikhi would simply appear to be an extension or worse, a bad copy of the pre-1469 religions. And Sikhs would proudly make such claims themselves; that Sikhi was a combination of the best of Hinduism and Islam, that the SGGS was the “fifth Veyd”, Sikh Gurus and their children were “reincarnations” of mythological brahmanical gods and goddesses; and that the Tenth Sikh Guru worshipped mythical entities such as Durga, Chandee, Shiva etc.

In short the spiritual plane of Sikhi would be systematically but surely hijacked and taken back to the same destination it intended to break away from.

Looking at Sikhi practices as they exist today, it would appear as if Guru Nanak did NOT come to this world in 1469. That he never existed. That he never did give us a spirituality that was unique. For if he did, then why are his Sikhs practicing something else altogether? Why are Sikhs still conducting their spirituality as if living in 1468? With blinding faith and fervor?

The saddest part of course is simply that at vast majority of Sikhs slept through it all. A bigger majority is still asleep. As a result, the truth has become stranger than fiction. Sikhs who have become aware of the hijacking and desire to return to authentic SGGS based Sikhi are looked upon as “deviants” while the adherents of the hijacked version are considered as “true” and “genuine” Sikhs.

These “true and genuine Sikhs of 1468” have even taken it upon themselves to shout down, shut out, physically prevent or even assault the peace loving Sikhs who wish to return to a SGGS based Sikhi spirituality.

But the awakening has come and is surely building up in momentum. Some of the factors that brought about this awakening include the internet, the “question everything” outlook of the millennials and, most importantly, the increasing incompatibility of hijacked Sikhi practices with modern day reason and logic. This incompatibility is glaring for any Sikh who attempts to obtain a genuine understanding of the SGGS and discovers that Gurbani is spirituality presented on the premises of reason and logic.

This awakening is helped by a rising tide of SGGS based Sikhi parchar that is undertaken by missionary parcharaks. The awakening is further fueled by a backlash against what is seen as a severely compromised Sikh leadership which does not have the interests of authentic Sikhi in their minds, but has instead sold their souls to corrupted elements. The anger at our corrupt leadership in particular and at our self-serving clergy has made thinking Sikhs turn to the critics of both groups for direction. These critics happen to be the missionary and authentic Sikhi parcharaks.

Nevertheless, the hijacking and its consequential distortion, corruption and tainting of Sikhi continues to remain the most critical issue confronting spiritual Sikhs and is expected to remain so. Understanding how and why it happened is thus important and forms the rationale for this series of five essays.

When did it all begin?

Authentic Sikhs – because there was a price on their heads and limbs – would take refuge in the jungles of Punjab, the desert regions of Rajasthan and the hills of Jammu and Kashmir.

The void and vacuum would allow Sikh gurdwaras, institutions and virtually everything connected to the Sikh psyche to fall into the hands of THREE groups who were either anti-Sikhi, deviant or even non-Sikhs for a long and continuous period of time.

The most practical evidence that these hijacker groups were anti- Sikhs lay in their ability to go around the business of running our gurdwaras, institutions and everything related to them – unhindered and unfettered – even when authentic Sikhs were hunted down, had a price on their heads and limbs; and were often betrayed by bounty hunters.

The bounty hunters and the rulers of the day left the hijackers alone, because they knew they were not Sikhs, and that their heads would fetch no price.

The other practical evidence was that these groups enjoyed the support and patronage of the two foreign powers that ruled Punjab – the Mughals and the British. Both occupying rulers considered the Sikhi of Guru Nanak to be enemy of the state and remained hostile towards authentic Sikhs but actively supported these three anti-Sikhi groups in the name of divide and rule.

These groups are the Udasis, Nirmalas and Dera Sants. All of them would control Sikh gurdwras, Sikh institutions, Sikhi Parchar, and the Sikh psyche for TWO CENTURIES until 1925 – when the Sikh Reform Movement in the name of the Singh Sabha Movement would work tirelessly to liberate Sikhi from the clutches of the above mentioned three deviant groups.

Even then, the liberation of Sikhi would never be complete. The remnants and proxies of the hijackers would regroup and re-strategize to continue their quest right into present times – as we shall see in due course.

But first, who were these groups and what damage did they do to Guru Nanak’s Sikhi? This five-part essay will trace the background of these three groups.

Part One [This essay] explains the concept of Sikhi Hijacked.

Part Two deals with the role of the Udasis

Part Three explains the role of the Nirmalas

Part Four details out the role of the Dera Sants

Part Five provides an assessment of the current situation

Dr Karminder Singh Dhillon is a Deputy Secretary General for administration at the Ministry of Defence in the Malaysian civil service. He is a Sikh thinker and a formidable force amongst the global Sikh intellectuals. He does not shy away from controversial Sikh issues.