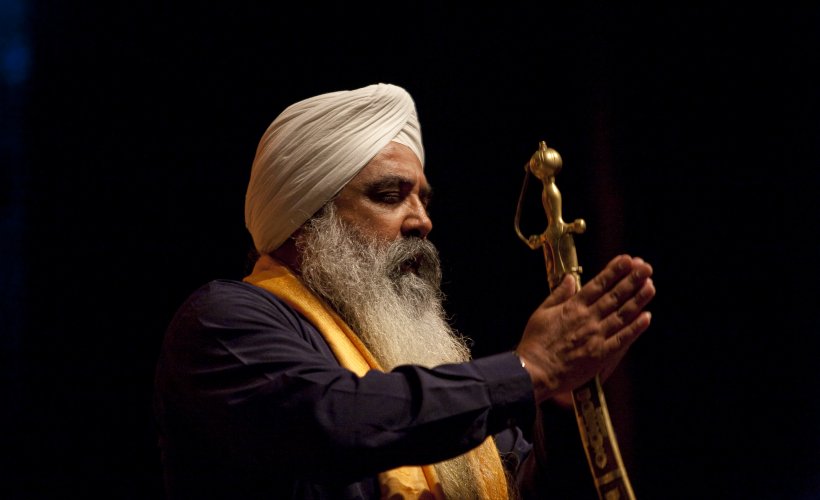 The Dasam Granth Sahib (DG) issue is bewildering to those who just wish to practice simple Sikhi like Naam Japna, Vand Shekena and Kirt Karni, especially the younger generation of Sikhs. My personal interest is to give some basic information mainly to our younger generations, our future, so that they can get on with their lives supported by simple Sikhi spiritual principles and pursue the successes of this human life with gusto.

So, in the interests of brevity I shall attempt to keep to the facts as I know them. Like many contentious issues amongst Sikhs about Sikhi, this basic issue has existed since the phenomena of the last Sikh master – Guru Gobind Singh Ji. During my lifetime, it has been discussed by the luminaries in my life in Malaysia, but has lain dormant, rearing its ugly head once in a few years, and then subsiding.

Sikhi issues appear to rear their ugly heads from time to time needled by those who have their own agendas. Besides external forces wishing to disrupt Sikh unity, there are sadly also those who wish the same from within. And then we have our own splinters. Added to all that, is the inept current Akal Takht administration from Darbar Sahib strangled by the political power brokers in Punjab and broadly India.

First of all – roughly, by my understanding, there are five broad divisions in this issue:

So there is plenty of scope to get at each others’ throats! Now, some ‘accepted’ facts.

Most of the literature of Guru Gobind Singh Ji was lost during the skirmish with the pursuing Moghul forces while crossing the Sirsa river in December 1705 after Guruji vacated the fort at Anandpur Sahib heading south. Gurdwara Parwar Vishoda Sahib marks the spot today.

From my knowledge, (Shahid) Bhai Mani Singh Ji collated the first ‘bir’ (book) from different sources as “Dasvayn Patshah ka Granth” (The Compilation of the bani of the Tenth King).

Wikipedia tells us that there are ‘many’ DG’s but the 4 below are specifically mentioned:

From Encyclopaedia of Sikhism (PU, Patiala):

“Thirty-two copies of the Granth (DG) were collected from different places and brought to Akal Takht, where a group of eminent scholars pored over them, studying and discussing them threadbare between 5 July 1895 and 17 February 1896. [Names of many scholars are given]. Opinions were invited from a wider circle by correspondence, and a complete report on the deliberations was published on 14 October 1897. The result was the recension now current. It was first published by Wazir Hind Press, Amritsar, in October 1902.” (Unquote)

Even today there are contentious debates and also research going on about Guru Gobind Singh Ji’s bani and Dasam Granth. As mentioned earlier, the extreme views are that some wish to do away with any bani which is not within the Guru Granth Sahib while others want ‘all’ of DG to be completely accepted as part of Sikhism and even demand some form of parkash of DG in gurdwaras.

A number of ‘banis’ within the accepted DG are being questioned. In fact, some question all of them! Generally there appears minimal opposition against Jaap Sahib and Sawaiyay.

One contentious piece of literary work within DG for example, is called Charitropakhyan also called Triya Charitar. It is a long composition of Triya (Budhi) tales in verse, which forms over one third of the Dasam Granth, having 404 distinct chapters. Charitaropakhyan means those tales which were already told by someone else. So, they are not necessarily written by Guru Gobind Singh Ji but recounted perhaps by other poets in his court, just like we have bani of bhagats besides our Guru Sahibs incorporated in the SGGS.

The common grouse against this work is that it espouses the wiles of womenhood, and that is not the spirit of Sikhi philosophy, because women are held in high esteem in Sikhi. Many stories in this composition present woman as adulterous, infidel and immoral.

What is not often mentioned is that the composition also has numerous stories about the wiles of men too. The main thrust though, of all these stories is, to remain faithful to one’s spouse – to love one’s spouse and not seek sexual gratification outside marriage even in dreams. It is therefore a fairly ‘secular’ piece of literary work about the weaknesses of men and women and about ideal conduct of married life. Interestingly, the Chaupayee which also forms part of our evening prayer Rehras Sahib comes from this piece of literary work! (Information on Charitropakhyan from First Volume of ‘Sri Dasam Granth Sahib – Text and Translation by Drs. Jodh Singh and Dharam Singh, Sikh Heritage Publications, Patiala.)

I will hazard an opinion here. It will appear that many of Dasam Granth compositions are translations of Puranic stories besides some narratives like Akal Ustat and Bachitar Natak, the main Panth-accepted ‘bani’ like Jaap Sahib and Sawaiyay, but interestingly, there are instances when Guru Gobind Singh Ji appears to clarify the pristine Khalsa position. For example: Main n Ganesai pritham menauun, Kishan Bishan kabhoo na dhiaoon (Chaubis Avtar) {I do not, foremostly, worship Ganesha, nor meditate on Krishna and Vishnu}. We already know of: Ram Rahim Puran Kuran, anaik kehai mutt aik n maneo from Chaupayi Sahib.{I do not accept names like Ram and Raheem as the Puranas and the Koran mention them.}

I urge youth to ignore the contentious issues surrounding DG. It cannot be elevated to Guru status by any stretch of the imagination. Yet, it has some useful information for those interested. There is plenty of information about Guru Gobind Singh Ji’s bani which can be accessed from many sources now.

Besides my favourite Jaap Sahib, Sawaiyay and Chaupayi, I find some very inspiring ‘shabads’ by Guru Gobind Singh Ji or ascribed to him. Off hand, to name a few gems:

Basically keep to the KISS principle – Keep It Simple Singh!


Malaysian-born Dya Singh, who now resides in Australia, is an accomplished musician and a roving Sikh preacher. The Dya Singh World Music Group performs full scale concerts on ‘music for the soul’ based on North Indian classical and semi-classical styles of music with hymns from mainly the Sikh, Hindu and Sufi ‘faiths’. He is also the author of SIKH-ING: Success and Happiness.